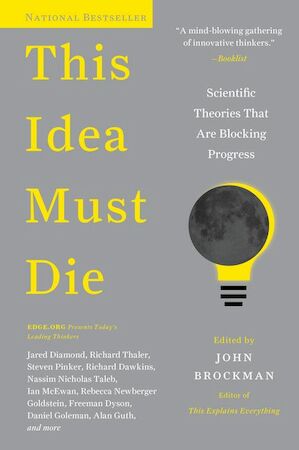 This Idea Must Die

Scientific theories that are blocking progress

Few truly new ideas are developed without first abandoning old ones. In the past, discoveries often had to wait for the rise of the next generation to see questions in a new light and let go of old truisms. Today, in a world that is defined by a rapid rate of change, staying on the cutting edge has as much to do with shedding outdated notions as adopting new ones. In this spirit, John Brockman, publisher of the online salon Edge.org ("the world's smartest website"--The Guardian), asked 175 of the world's most influential scientists, economists, artists, and philosophers: What scientific idea is ready for retirement?