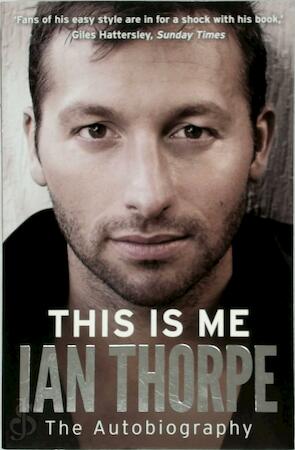 Ian Thorpe's achievements in the water are nothing short of phenomenal. He has won a record-holding 11 World Championship titles and ten Commonwealth Games gold medals. He has broken 22 world records and won five gold, three silver and one bronze Olympic medals. Having been under the spotlight since he was a young teenager, he retired from competitive swimming in 2006, but after five years he mounted a comeback for London 2012, and intense media attention followed. Thorpe is one of the world's most famous sportsmen, but it is the way he has managed his success and his commitment to helping others that has earned him respect and admiration internationally. This is a man who has had highs and lows away from the pool, who has led an extraordinary life of an elite athlete that most of us will never know, and who had the courage to come back and stake his claim for the ultimate goal once more.