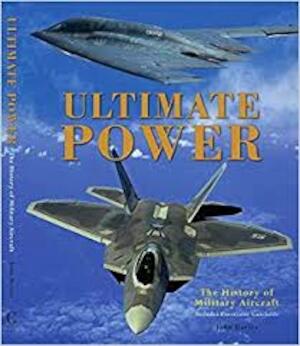 the history of military aircraft

Aviation was in its infancy when World War One broke out, powered flight chiefly the preserve of daredevils and adventurers. The 1914-18 conflict changed all that. Military leaders were quick to exploit the advantages that altitude offered, but new-fangled aircraft were primarily seen as fulfilling the role that tethered balloons once carried out: observation. The big beasts of the aerial jungle were hydrogen-filled airships. That was turned on its head remarkably quickly. Lumbering Zeppelins had their Achilles' heel exposed, while aircraft development moved on apace. Pilots who took to the air on scouting missions began taking pot-shots at each other; bombs were dropped from the cockpit. From those rudimentary beginnings, the twin branches of military aviation were born: the fighter and the bomber.

It was a division that presented designers with different problems. Fighters needed to be fast and agile; for the bomber, payload capacity was vital. As sleek, metal monoplanes with more powerful engines replaced their wooden-framed predecessors, fighters were also able to carry a useful bomb load. With the arrival of jet propulsion, swept wings and guided missiles, fighter-bombers such as McDonnell's F-4 Phantom became the forerunner to the modern multi-role combat aircraft.

By the 1980s, radar-defeating stealth was the buzzword, shown off in Lockheed's Nighthawk fighter and Northrop's B-2 Spirit bomber. The F-22 Raptor added supercruise to the mix, but the future may lie in unmanned drones, examples of which are already equipped as weapons-delivery platforms.

This sumptuously illustrated book sweeps through a century of military aviation, covering the milestones and key technological developments. It features the designers and manufacturers who produced the early biplanes, helicopters, VTOL and swing-wing aircraft, heavy bombers, giant transporters and stealth intruders.