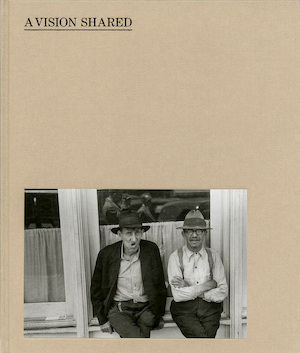 Featuring the indelible work of the eleven photographers who worked for the Farm Security Administration—perhaps the finest photographic team assembled in the twentieth century—A Vision Shared: A Classic Portrait of America and Its People 1935–1943 was published in 1976 to great acclaim, and was named one of the hundred most important books of the decade by the Association of American Publishers.John Collier, Jack Delano, Walker Evans, Theo Jung, Dorothea Lange, Russell Lee, Carl Mydans, Arthur Rothstein, Ben Shahn, John Vachon and Marion Post Wolcott were invited by Hank O’Neal to choose the best of their own work, and provide commentary.For the fortieth anniversary edition of this remarkable volume, all of the photographs, text and historical material that made up the original edition have been carefully reproduced, followed by a new afterword by O’Neal detailing the events that followed the book’s initial release.