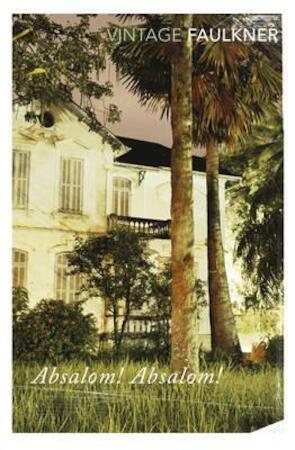 Absalom, Absalom! details the rise and fall of Thomas Sutpen, a white man born into poverty in West Virginia who comes to Mississippi with the complementary aims of gaining wealth and becoming a powerful family patriarch. The story is told entirely in flashbacks narrated mostly by Quentin Compson to his roommate at Harvard University, Shreve, who frequently contributes his own suggestions and surmises. The narration of Rosa Coldfield, and Quentin's father and grandfather, are also included and re-interpreted by Shreve and Quentin, with the total events of the story unfolding in nonchronological order and often with differing details. This results in a peeling-back-the-onion revelation of the true story of the Sutpens.
The final effect leaves the reader more certain about the attitudes and biases of the characters than about the facts of Sutpen's story.