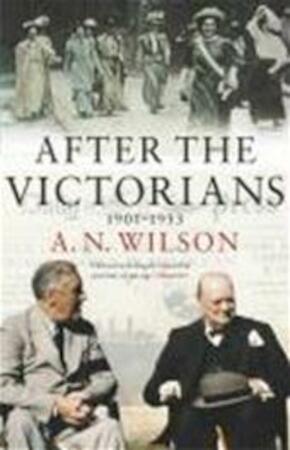 How did Britain decline? A.N. Wilson goes in search of an answer in his masterly follow-up to his bestsellingThe Victorians. InThe Victorians, the author told the story of Great Britain in her pre-eminence. It ended with Britain as the mightiest, richest nation on earth, possessed of a huge empire. That book, however, is full of forebodings and harbingers of disaster. This follow-up book is the story of the decline of Britain — and with it, the decline of many of the things that Victorian Britain stood for. Furthermore, Wilson will show, the seeds of its undoing had been there from the beginning. As inThe Victorians, this book has a panoramic sweep, building up a portrait of the age — the Communist Revolution, two world wars, the Spanish Civil War, and the unstoppable growth of America as a dominant world power and the beginnings of the Cold War. This is the era in which Britain was sidelined from its importance in world politics. Alongside this is the story of the beginnings of Modernism in art and music, and radical new philosophical systems of thought. A.N. Wilson visits the novelists, the philosophers, the poets and the painters to see what light they threw on the activities of the politicians, the scientists and the generals. Putting together military, political, social and cultural history,After the Victorianscreates a panoramic view of the era, and skillfully identifies the sources and causes of Britain’s decline. From the Hardcover edition.