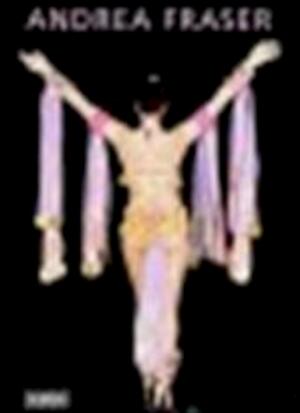 Best known for her performance critiques of art institutions, art publications, art sponsorship, and cultural transfer--think subversive museum docent--Andrea Fraser is one of the more prominent artists to raise institutional criticism to the level of art itself. Since the early 90s, when she would stage tours through exhibitions or hold discussions on art, her work has developed a more deliberately visual character. Working now mostly in video installation, Fraser produces such imagery as Soldadera, a video in which she plays a revolutionary on horseback, evoking the time of the Mexican revolution and the problem of North-American influence on Mexico in the 1930s. In Exhibition, she appears as a scantily-clad Samba dancer, demonstrating the important place of popular culture in an art context. This monograph, the most complete published on the artist to date, reveals the diversity of her work; also included are her critical texts, documents fundamental to the interpretation of her artistic oeuvre.