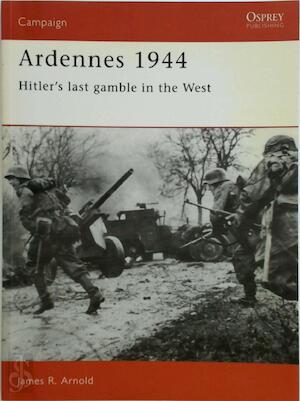 Hitler's Last Gamble in the West

Osprey's examination of the 'Battle of the Bulge, ' which was the last major German offensive in the West during World War II (1939-1945). Three armies attacked through the Ardennes, the weakest point in the American lines, and almost broke through. This title describes the planning of the attack and the course of events, including the defence of Bastogne and the heroic delaying actions fought by GIs supposed to be in a 'quiet' sector of the front. In spite of serious American disadvantages, Hitler's offensive was stopped. James Arnold explains exactly how this was achieved, and how Germany's last hopes of victory were finally put to rest.