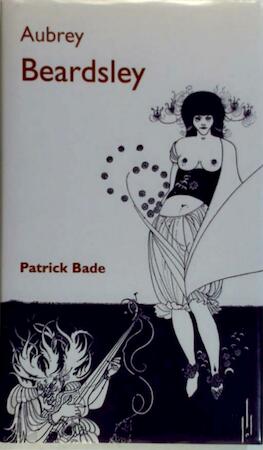 Born in 1872, Aubrey Beardsley was -- with Oscar Wilde -- one of the key figures of the final decadent years of Queen Victoria's England. He was largely self-taught, and at first based his work on the themes and ideals of the Pre-Raphaelites such as Burne-Jones and Rossetti. Later he adopted a stylistic approach that was novel and radical, and which featured in his illustrations for Malory's Le Morte d'Arthur. He also helped found the influential periodical The Yellow Book. But it was with his darkly erotic drawings, notably in illustrating Wilde's play Salome, that he best evoked the strong sense of rebellion in contemporary art. Falling prey to tuberculosis, Beardsley died at the appallingly premature age of 25. He left behind him many works of art that were to have considerable influence on the artists and craftsmen who produced the best examples of Art Nouveau.

With the help of an original format, author Patrick Bade explores the extraordinary world of Aubrey Beardsley, late Victorian artist supreme. Through illustrations that sometimes outraged his contemporaries, Beardsley defied Victorian historic and moral sentiments, and so earned a special place in the art annals of his time.