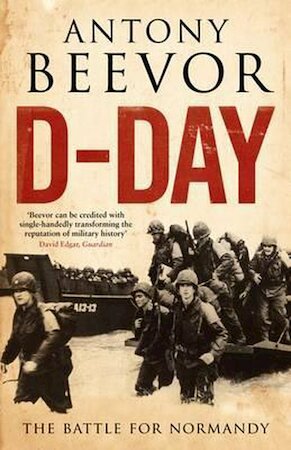 The very scale of the undertaking and its meticulous planning were unprecedented, but although the beachheads were established as planned, it soon became clear that the next stage of the battle would be far more difficult than anyone had imagined. The thick hedgerows of Normandy were ideal for the defender, and the Germans, especially the Waffen-SS divisions, fought with cunning and a desperate ferocity. As they made their way inland, the British, Canadian and American forces became involved in battles whose savagery was often comparable to the Eastern Front.

Casualties began to mount and so did the tension between the principal commanders on both sides. French civilians, caught in the middle of these battlefields or under Allied bombing, endured terrible suffering. Even the joys of Liberation had their darker side. The war in northern France marked not just a generation but the whole of the post-war world, profoundly influencing relations between America and Europe.

Making use of overlooked and new material from over thirty archives in half a dozen countries, D-Day is the most vivid and well-researched account yet of the battle of Normandy. As with Stalingradand Berlin - The Downfall, Antony Beevor's gripping narrative conveys the true experience of war.