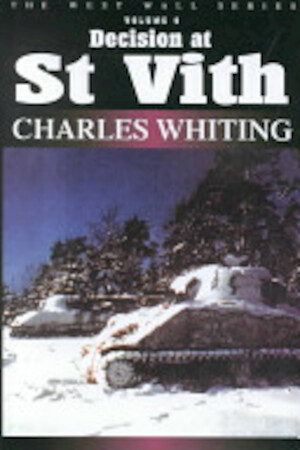 Decision at St Vith tells the devastating story of how a quarter of a million of Hitler's men, 200,000 pieces of artillery and 980 tanks launched themselves at the inexperienced and unprepared US troops who were resting in the forests of the Ardennes.

The young soldiers of the US 106th (Golden Lion) Division were huddled in their foxholes trying to sleep. They had never been in battle and were told they occupied a "rest sector" on the front. We read of men who fought until they died and others who quickly surrendered, of officers relieved of command and orders that bore no relation to reality. For this was the night when the full might of Hitler's armies attacked in the first shattering blow of the Battle of the Bulge.

This excellent account brings home in vivid detail the brutalities of this last desperate attack by the Germans.