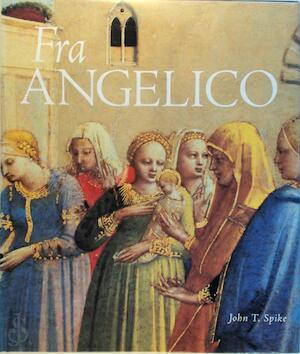 Called "Angelico" for his inimitable depictions of paradise, this artist (1400? -1455) and Dominican friar succeeded Masaccio as the foremost painter of the early Renaissance in Italy. Fra Angelico's painting has been beloved for centuries since as an emblem of the flowering genius of quattrocento Florence. In his engaging new appraisal, John Spike reveals the unexpectedly innovative qualities of Angelico's art, including his use of linear and geometric perspective (even before the publication of Leon Battista Alberti's famous treatise). Another of Angelico's inventions was the Renaissance altarpiece known as the sacra conversazione (sacred conversation), in which the Virgin and Child and saints, formerly each rigidly enclosed in separate panels, now gesture and relate to each other within a clearly unified space. Fra Angelico had a lifelong fascination with the written word, and as Spike persuasively demonstrates, the accuracy of his Greek, Latin, and Hebrew inscriptions reveal his participation in the linguistic studies that flourished in Florence and Rome in the first half of the fifteenth century.
He created some of the most visionary and learned compositions of his century, from his Deposition for the private chapel of the humanist Palla Strozzi to the extensive commissions in Rome for the erudite Pope Nicholas v. In this volume Spike presents a major discovery: the secret program of the forty frescoes in the cells of the Dominican monastery of San Marco in Florence. All previous studies of this artist had concluded that the subjects and arrangement of these frescoes, the artist's masterworks, were chosen at random, or by the friars themselves. Instead, as the author now shows, Fra Angelico drew upon the mystical writings of the early church fathers to construct a spiritual exercise organized into three ascending levels of enlightenment. The San Marco frescoes can finally be seen as not only the most extensive cycle of works by any single painter of this century, but indeed the most complete pictorial expression of Renaissance theology. With fresh insights that will influence studies of quattrocento art for years to come, Spike uses his perceptive eye and judicious readings of documents to reassess the works of Angelico, his masters, and his assistants.