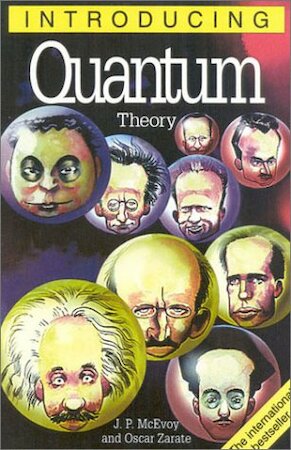 Quantum Theory confronts us with bizarre paradoxes which upset the logical edifice of classical physics. At the sub-atomic level, one particle seems to know what the others are doing, so-called non-locality, and there is a limit on how accurately nature can be observed, says Heisenberg's Uncertainty Principle. Yet the theory is amazingly accurate and widely applied, explaining all of chemistry and most of physics. Introducing Quantum Theory takes us on a step-by-step tour with the key players - Planck, Einstein, Heisenberg, Schr dinger and others. Each contributed at least one crucial concept to the theory. The now well-known puzzles of the wave-particle duality and Schr dinger's Cat are here, along with the recent experimental verification of non-locality and John Wheeler's strange participatory universe. After the success of Stephen Hawking for Beginners, J. P. McEvoy and Oscar Zarate have collaborated on another Icon classic.