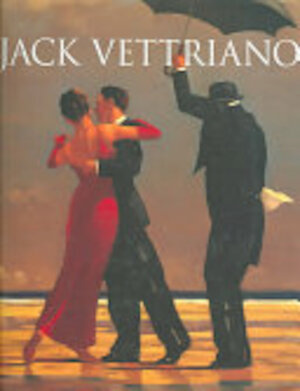 In December 2003 the painter Jack Vettriano, a coalminer’s son, met his parents off the train from Scotland on his way to collect an OBE. Over the last few years Vettriano has had a meteoric rise to fame – emerging from the unlikely background of the Scottish coalfields, unknown and untutored, he has become Scotland’s most successful and controversial contemporary artist. Appearing on posters and cards, mugs and umbrellas, prints of his work outsell Van Gogh, Dali and Monet and his paintings have been acquired by celebrities around the world. 'The Singing Butler', Britain's most reproduced painting, fetched a record £744,800 at auction in April 2004.

Vettriano’s images have an often mysterious narrative and are a gateway to an alluring yet sinister world. Daylight scenes of heady optimism, painted against backdrops of beaches and racetracks, are counterbalanced by more disquieting canvases of complex night-time liaisons in bars and clubs, bedrooms and ballrooms.
Both sexes are clearly styled – the men hard-edged and mysterious, the women seductive and enigmatic. Yet beneath the confident posturing, Vettriano recognizes our inherent human frailty, that there is no victor in the struggle between duplicity and desire. Men and women are ultimately trapped by the machinations of intense love and passion with little control over their destiny.

'Jack Vettriano' presents about thirty new images, as well as some recently surfaced works, plus the best of the paintings previously published in 'Lovers and Other Strangers' and 'Fallen Angels', also by Pavilion. In March 2004 Melvin Bragg’s The South Bank Show broadcast a programme dedicated to Jack entitled Jack Vettriano: The People’s Painter.
Reissued in smaller user-friendly format.