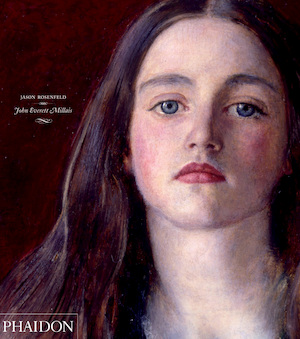 A look at the work of Millais, one of the most significant English painters of the 19th century.

John Everett Millais (1829–1896) was one of the most significant English painters of the nineteenth century, successful and respected during his career, honoured as the first painter to be created a baronet, he remains, as recent exhibitions of his work have demonstrated, equally well known today.

Whilst his substantial contributions are rarely, if ever, denied, in past art historical accounts of Millais’s long career there has been an unfortunate tendency to superficially distinguish between the early promise of his Pre-Raphaelite masterpieces and the perceived commercial and traditionalist orientation of his later works.

In this new study of the artist’s life and work Rosenfeld argues that such readings are far from accurate, demonstrating that the development of Millais’s art was at the forefront of contemporary painting throughout his life. At the same time as Manet and Monet were liberating their nation’s art from traditional forms and subjects, Millais was leading British art with the bravura manner and looser symbolic associations of Aestheticism (the most important movement after Pre-Raphaelitism), which in turn influenced the portraits of John Singer Sargent and the landscapes of Vincent Van Gogh. In Rosenfeld’s words, it is a ‘consistently relevant and inventive Millais’ that emerges in this book.