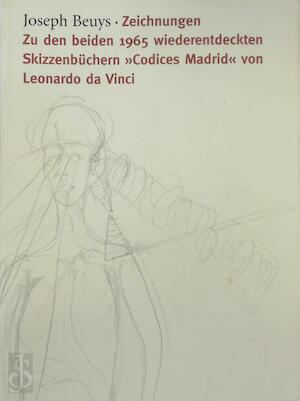 The Codices Madrid drawings come from a larger group that Beuys made during 1974 for a multiple, a facsimile sketchbook to be printed in a limited edition of one thousand copies. First broached in 1972 jointly by a German art dealer and a museum director, the project was conceived as a response to the recent rediscovery, in a library in Madrid where they had long been misfiled, of two "lost" notebooks by the Renaissance master Leonardo da Vinci. Beuys made numerous studies and sketches in anticipation of his book, which was to be closely modeled on Leonardo's in terms of its size. Its cover, however, significantly departed from that of its predecessor, for Beuys used a design replicating an American schoolbook. With the crop marks for publication readily visible on many sheets, these drawings offer a comprehensive recapitulation and re-examination of motifs, ideas, and concepts that had centrally informed his aesthetic and practice over the previous twenty-five years.