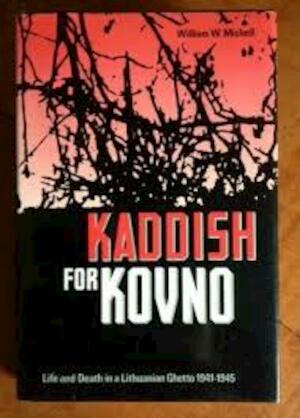 This is a personal account of one man's unforgettable odyssey through the hell of the Holocaust, and a rare firsthand document to the 20th century's most mournful tragedy. The kaddish is a prayer for the dead and Mishell documents in passionate detail the creation, and then the obliteration, of ghetto Kovno, in Lithuania, during the Nazi occupation of World War II. It illuminates the indomitable human spirit as the Jews of Kovno secured food, smuggled children to safety, set up hospitals, and even organized an orchestra in the face of numbing deprivations and brutality.