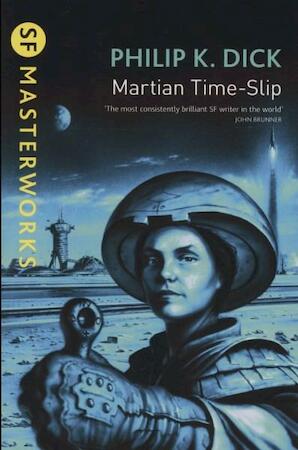 On the arid colony of Mars the only thing more precious than water may be a ten-year-old schizophrenic boy named Manfred Steiner. For although the UN has slated "anomalous" children for deportation and destruction, other people--especially Supreme Goodmember Arnie Kott of the Water Worker's union--suspect that Manfred's disorder may be a window into the future. In Martian Time-Slip Philip K. Dick uses power politics and extraterrestrial real estate scams, adultery, and murder to penetrate the mysteries of being and time.