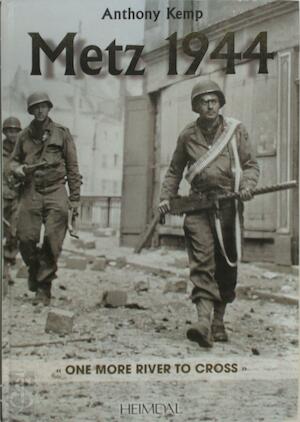 one more river to cross

In 1944, as the Allies pushed eastward across France toward the German borders, one of the greatest shows of resistance by the Third Reich came at Metz, the capital of the Moselle region. The battle for Metz and from there across the Moselle river into Germany and Luxembourg took many months of relentless siege and steadfast defence. This book describes and illustrates the Battle of Metz based on eyewitness accounts. It follows events in the battle, day by day, step by step and is illustrated with a thousand photographs, both in colour and black and white. Thanks to the testimony of veterans, there is first hand material in this book which has never been published anywhere before.

This memorial to the Battle of Metz is a prequel to the earlier publication in 1984 by Heimdal, Memorial Lorraine.