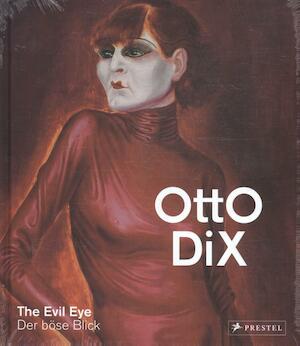 Focusing on one of the most intense and productive periods of Otto Dix’s career, this richly illustrated book features paintings, watercolors, and graphic works that mark the artist’s transformation from Dadaism to New Objectivity. Otto Dix’s career was transformed during the three years he spent in Dusseldorf, from 1922-1925. Working in an environment decimated by World War I, and amidst the turmoil that led to Hitler’s rise in Germany, Dix portrayed the underworld of prostitution and tawdry nightlife that flourished during the Weimar Republic. Among such works, this book also features portraits Dix created of the influential personalities he befriended, including a prominent doctor whose wife Dix would seduce and, later, marry. Filled with captivating paintings and vibrant watercolors such as Nights, Soubrette, and Street III, this book also contains works from Dix’s massive series of etchings, The War. This important opus, in which Dix repudiated the myth of a glorious struggle, is characterized by gruesome, realistic depictions of the battlefield. Featuring more than 230 paintings, watercolors, etchings, and archival materials, this collection of work from one of Germany’s most important artists captures a critical period of creative and personal change that serves as a bridge between Dix’s abstractionist roots and the objectivism that he ultimately embraced.