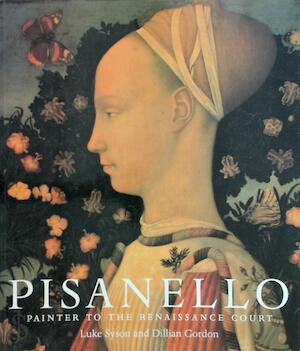 Painter to the Renaissance court

Pisanello (c.1394-1455) was the most celebrated artist of the early Italian Renaissance. A painter in fresco and on panel, a prolific and innovative draughtsman prized especially for minutely observed studies of animals and birds, he also became the first modern specialist of the portrait medal. Inspired equally by Arthurian romance, Gothic manuscript illuminations, classical antiquity and contemporary court fashions, his work provides a vivid record of the interests and ideals of his patrons, notably the Gonzaga, Este and Visconti rulers of northern Italian city states. To a modern viewer, Pisanello reveals an enchanted world, at once elegant, imaginative and intensely naturalistic." "Yet with the loss of most of his paintings, and the dispersion in specialised museum collections of his drawings and medals, the artist's fame has been eclipsed. This is the first comprehensive book in English for almost a century to present a full survey of his life and work. Taking as their starting point an analysis in depth of his two exquisite panel pictures in the National Gallery, London - The Vision of Saint Eustace and The Virgin and Child with Saint Anthony Abbot and Saint George - the authors give a detailed account of Pisanello's imagery, his techniques and working methods, of his probable teachers and influences, his collaborators and followers. But the book is not confined to artistic matters alone. By firmly situating Pisanello within the fascinating political and intellectual life of the fifteenth-century Italian courts, it also illuminates a defining moment in European culture: when chivalric values were reconciled with humanist learning, Christian piety with Ciceronian eloquence, the arts of war with the art of living worthily - and a contemporary visual artist, Pisanello himself, first received the plaudits of poets and scholars.