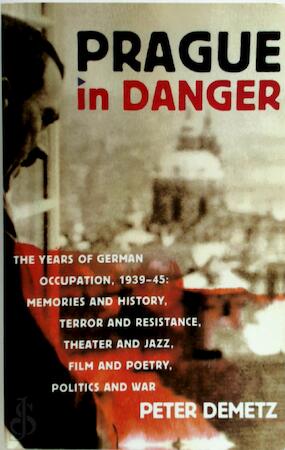 The Years of German Occupation, 1939-45: Memories and History, Terror and Resistance, Theater and Jazz, Film and Poetry, Politics and War


With this successor book to Prague in Black and Gold, his account of more than a thousand years of history in the great Central European capital, Peter Demetz focuses on the six years that Prague was under German occupation in World War II: from the bitter morning of March 15, 1939, when Hitler arrived from Berlin to set his seal on the Nazi takeover of the Czechoslovak government, until the liberation of Bohemia in April 1945. Demetz was a boy living in Prague then, and here he joins his objective chronicle of the city under Nazi control with his personal memories of that period, expertly interweaving a superb account of the German authorities' diplomatic, financial, and military machinations with a brilliant description of Prague's evolving resistance and underground opposition. The result is a complex, continually surprising book filled with rare human detail and warmth, the gripping story of a great city meeting the dual challenge of occupation and of war.