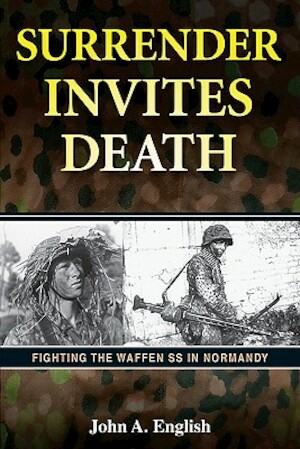 Fighting the Waffen SS in Normandy

Regarded as Nazi Germany's elite military force, the Waffen SS had a reputation for ferocity on the battlefield and mercilessness to prisoners. This book assesses the combat performance of American, British, and Canadian units against the Waffen SS, including first hand accounts from various Allied soldiers, from grunt to superior as well as key accounts from well-known SS soldiers like Michael Wittmann and formations such as the 1st SS Panzer Division Leibstandarte Adolf Hitler and 12th SS Panzer Division Hitler Youth. About the Author John A. English served thirty-seven years in the Canadian Army and earned a Ph.D. in military history. He has taught at the U.S. Naval War College, amongst other schools. He is the author of Patton's Peers, The Canadian Army and The Normandy Campaign.