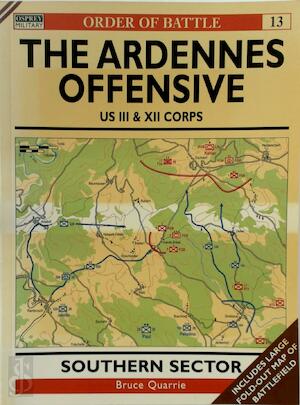 This title in the series describes the defence of the vital central sector of the Ardennes, including the drive to relieve Bastogne. An order of battle diagrams details the participating units down to company level. The Ardennes campaign pitted the aggressive, dynamic Patton and some of the best units in the US Army against a dogged German defence. Order of battle diagrams detail the participating units down to company level as this title reveals a classic show down. Includes large fold-outmap of battlefield.