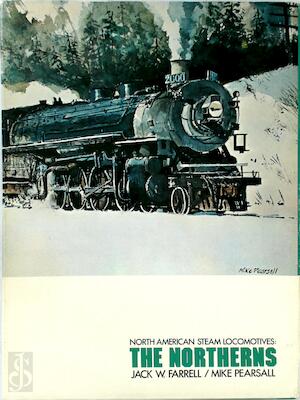 Southern Pacific 4449 is the only surviving example of Southern Pacific Railroad's (SP) GS-4 class of steam locomotives. The GS-4 is a streamlined 4-8-4 (Northern) type steam locomotive. GS stands for "Golden State", a nickname for California (where the locomotive was operated in regular service), or "General Service." The locomotive was built by Lima Locomotive Works in Lima, Ohio, for SP in May 1941; it received the red-and-orange "Daylight" paint scheme for the passenger trains of the same name which it hauled for most of its service career. No. 4449 was retired from revenue service in 1956 and put into storage. In 1958 it was donated, by the railroad, to the City of Portland, who then put it on static display in Oaks Amusement Park, where it remained until 1974. It was restored to operation for use in the American Freedom Train, which toured the 48 contiguous United States for the American Bicentennial celebrations. Since then, 4449 has been operated in excursion service throughout the continental US; its operations are based at the Oregon Rail Heritage Center in Portland, where it is maintained by a group of dedicated volunteers called Friends of SP 4449. In 1983, a poll of Trains magazine readers chose the 4449 as the most popular locomotive in the nation.

In cassette. In slipcase