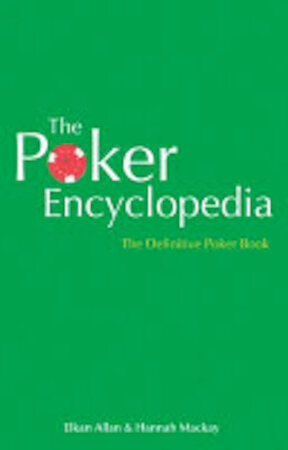 The arrival of the Poker Encyclopedia reflects the growing popularity of this sport. Poker is now more popular than ever an estimated 50 million people play regularly in North America alone with more and more people playing at home and online.

'The Poker Encyclopedia' covers such topics as Alexander the Great (traditionally associated with the King of Clubs) Amarillo Slim, aggression, alcohol and Anna Kournikova (not a reference to her Poker playing skills, but an Ace-King in the pocket which doesn't go on to win. A pun on the initials of the tennis player who looked good, but never won a major title.) All this, and that's just under A. Lovingly complied and meticulously researched, this is the reference book worth going all in for.