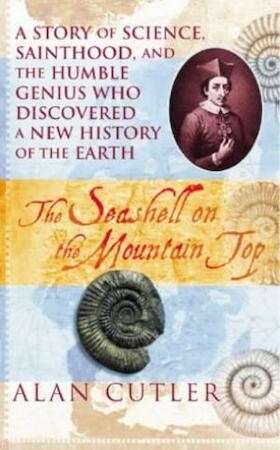 The seashell on the mountaintop

"How did fossils of seashells find their way far inland, sometimes high up into the mountains? Nicolaus Steno, the man whom Stephen Jay Gould called "the founder of geology," explored beyond the pages of the Bible, looking directly at the clues left in the layers of the Earth. With his groundbreaking answer to the fossil question, Steno would not only confound the religious and scientific thinking of his own time, he would set the stage for the modern science that came after him. He would open the door to the concept of "deep time," which imagined a world with a history of millions or billions of years. And at the very moment his expansive new ideas began to unravel the Bible's authoritative claim as to the age of the Earth, Steno would enter the priesthood and rise to become a bishop, ultimately becoming venerated as a saint and beatified by the Catholic Church in 1988."--BOOK JACKET.