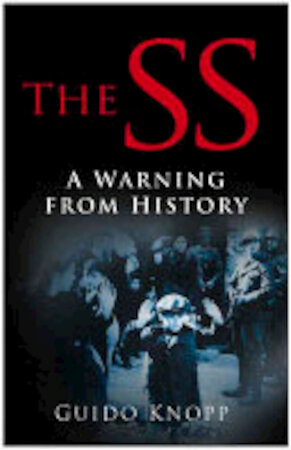 The best known but least understood organ of the Nazi state, the SS grew from a minor politician's small, unpaid bodyguard into a force which dominated the racial, cultural and professional spheres of the most powerful empire Europe has ever seen. Often referred to as 'the state within a state', the SS was Heinrich Himmler's personal fiefdom and its influence pervaded all walks of German life, both private and public. Its tentacles extended into the army and police, the business world and of course the death camps. The author reveals Himmler to be a man despised but indulged by Hitler who was obsessed with crackpot theories of Germanic mythology and deeply involved in the Final Solution. He assesses the career of Reinhard Heydrich, who put the organisational muscle and ruthlessness into the SS. The Totenkopt Brigade, set up specifically to run the concentration camps and death camps, is examined, as is the Waffen-SS, the military formation which killed thousands of Jews and partisans across Eastern Europe and fought bitterly against the Allies in Normandy. The postwar story of the SS is also outlined, from clandestine organisations of former SS men to the activities of ex-Nazis today. Supported by photographs and the words of former SS men, their close friends and colleagues, Guido Knopp brings back to life a generation whose fanaticism and violence shaped the identify of the Third Reich.