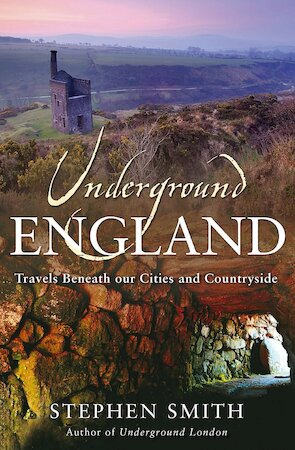 For Stephen Smith, author of Underground London, beneath the dales and downs of England's green and pleasant land there exists another country, its equal in beauty and fascination. Underground England is a place of wonders both natural and man-made, and Smith is the ideal companion on a thrilling tour of its subterranean places.
On his underworld odyssey from Newcastle to Brighton, from the Welsh Marches to the Suffolk coast, Smith uncovers smugglers' tunnels and drowned cities, burial mounds and underground waterfalls. In the company of Yorkshire cavers he discovers eerie limestone cave-galleries as big as cathedrals and ends up wedged in a fissure called The Letterbox. With teams of archaeologists he finds himself in a Suffolk field full of Anglo Saxon cadavers and is almost buried alive inside Silbury Hill. Pursuing unearthly legends of church bells ringing under the seas and ghostly fiddlers playing below ground, Smith treads one of Cumbria's Corpse Roads, explores pearl-lined Victorian grottoes and bone-strewn catacombs, contemplates the naughty past of Dashwood's Hellfire caves at High Wycombe and disinters a frescoed chapel of the Knights' Templar beneath a bookies' in suburban Hertfordshire.