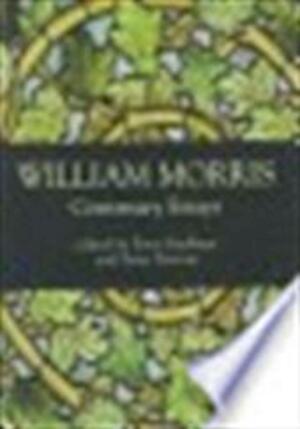 This book celebrates many aspects of the wide-ranging and extraordinary achievements of William Morris - writer, designer, cultural critic, revolutionary socialist - with particular emphasis on their relevance as another century comes to an end. Written by an international group of scholars who took part in a conference marking the centenary of the death of Morris in 1896, William Morris: Centenary Essays opens with a searching and passionate keynote chapter by Florence Boos discussing Morris in relation to the environmental issues of today. The book has four sections devoted to Morris and Literature (covering texts from The Early Paradise to the late romances); Morris, the Arts and Crafts and the New World (including discussions of his influence in Rhode Island, Boston, Ontario and New Zealand); and Morris, Gender and Politics (with fresh consideration of his relation to Victorian ideas of manliness and of the particular qualities of his anti-static politics). The latter section also draws attention to a hitherto unknown play by Morris's daughter, May, and concludes with an account of his biographer, the political biographer E.P. Thompson.