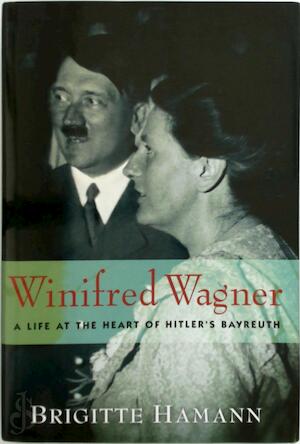 A Life at the Heart of Hitler's Bayreuth

Winifred Wagner was a British-born orphan who became Richard Wagner’s daughter-in-law, head of the Bayreuth festival, and one of Adolf Hitler’s closest personal friends. A no-nonsense Englishwoman who displaced Wagner’s formidable widow to become head of the family and the Festival, Winifred fell adolescently in love with Hitler and made Bayreuth the summer gathering place for the Nazi elite from 1933 to 1939. And yet this staunch German nationalist leaped to the aid of Jewish acquaintances and artists as they were increasingly threatened by exile, imprisonment, or death.

Drawing on previously unavailable sources, Brigitte Hamann has produced a meticulously researched and elegantly written biography--the story of the private Hitler and his monumental obsessions, and of the headstrong, dedicated, and misguided woman who remained loyal to his memory until her death in 1980.