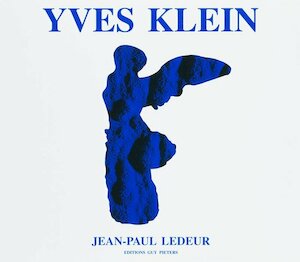 catalogue of editions and sculptures edited

During his all-too-brief career, the French artist Yves Klein created an air of excitement and risk that has rarely been seen before or since. Klein was not afraid to offend or to be oblique; he challenged and questioned everything he encountered, driven by the belief that the truth was his own The result of this determination was an oeuvre of editions, manifestoes, paintings, and sculptures that were years ahead of their time This catalogue raisonne exhaustively documents the entirety of Klein's editions with striking color reproductions -- the emphasis is, of course, on Klein's unparalleled shades of blue -- and an essay by French critic Pierre Restany that rises to the occasion of speaking about Klein's awe-inspiring body of work as a whole.