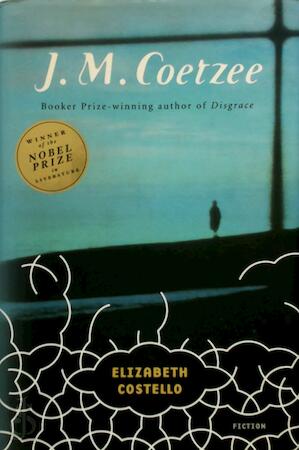 In 1982, J. M. Coetzee dazzled the literary world with the now classic "Waiting for the Barbarians," Five novels and two Booker prizes later, Coetzee is a writer of international stature and a novelist whose publication of a new work is heralded as a literary event. Now, in his first work of fiction since "The New York Times" bestselling "Disgrace," he has crafted an unusual and deeply affecting tale. Elizabeth Costello is a distinguished and aging Australian novelist whose life is revealed through an ingenious series of eight formal addresses. From an award-acceptance speech at a New England liberal arts college to a lecture on evil in Amsterdam and a sexually charged reading by the poet Robert Duncan, Coetzee draws the reader inexorably toward its astonishing conclusion. Vividly imagined and masterfully wrought in his unerring prose, "Elizabeth Costello" is, on its surface, the story of a woman's life as mother, sister, lover, and writer. Yet it is also a profound and haunting meditation on the nature of storytelling that only a writer of Coetzee's caliber could accomplish.