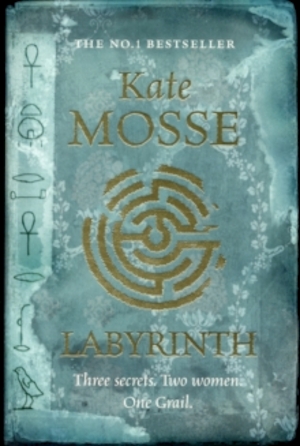 When Dr Alice Tanner discovers two skeletons during an archaeological dig in southern France, she unearths a link with a horrific and brutal past. But it's not just the sight of the shattered bones that makes her uneasy; there's an overwhelming sense of evil in the tomb that Alice finds hard to shake off, even in the bright French sunshine. Puzzled by the words carved inside the chamber, Alice has an uneasy feeling that she has disturbed something which was meant to remain hidden... Eight hundred years ago, on the night before a brutal civil war ripped apart Languedoc, a book was entrusted to Alais, a young herbalist and healer. Although she cannot understand the symbols and diagrams the book contains, Alais knows her destiny lies in protecting their secret, at all costs. Skilfully blending the lives of two women divided by centuries but united by a common destiny, LABYRINTH is a powerful story steeped in the atmosphere and history of southern France.