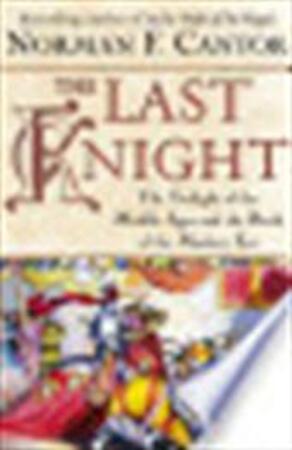 There may be no more fascinating historical period than the late fourteenth century in Europe. The Hundred Years' War ravaged the continent, yet gallantry, chivalry, and literary brilliance flourished in the courts of England and elsewhere. Chaucer wrote brilliant satire, lords and ladies invented courtly rituals of love and romance, yet the vast bulk of Europe's population struggled with plague, economic uncertainty, and violence. It was a world in transition, soon to be replaced by the Renaissance and the Age of Exploration -- and John of Gaunt was its central figure. Norman F. Cantor, the best known and most popular historian of the Middle Ages, brings Gaunt to life brilliantly in his newest work, The Last Knight. John of Gaunt was the richest man in Europe, apart from its monarchs, and he epitomized and surpassed the ideals of the late Middle Ages. From chivalry -- he was taught at a young age to fight on horseback like the knights of old -- to courtly love -- his three marriages included two romantic love-matches -- he was an ideal leader. He created lavish courts, sponsoring Chaucer and proto-Protestant religious thinkers, and he survived the dramatic Peasants' Revolt, during which his sumptuous London residence was burned to the ground. As the head of the Lancastrian Branch of the Plantagenet family, he was the unknowing father of the War of the Roses, for his son Henry Bolingbroke usurped the crown from Gaunt's nephew, Richard II, after Gaunt had died. He passed away just as one great era gave way to the next: His grandson Henry the Navigator launched the Age of Exploration. Gaunt's adventures represent the culture and mores of the Middle Ages as few others' do, and his death is portrayed by Cantor as the end of that fascinating period. Shakespeare put into Gaunt's mouth the most patriotic speech in the English language: "this sceptre'd isle...This other Eden, demi-paradise." Yet Shakespeare's version of Gaunt is an old and doddering man whose son took center stage. In fact, in Cantor's capable hands, this great man and those fascinating times are ready for their own starring roles.